Some strange things have happened to me since we moved into this house seven months ago. Until the past few days, I haven’t had a name for whatever’s been going on.

If you’re a regular reader, you know our tiny house is parked in the grounds of Makahuri, formerly the Marycrest Catholic girls’ school. 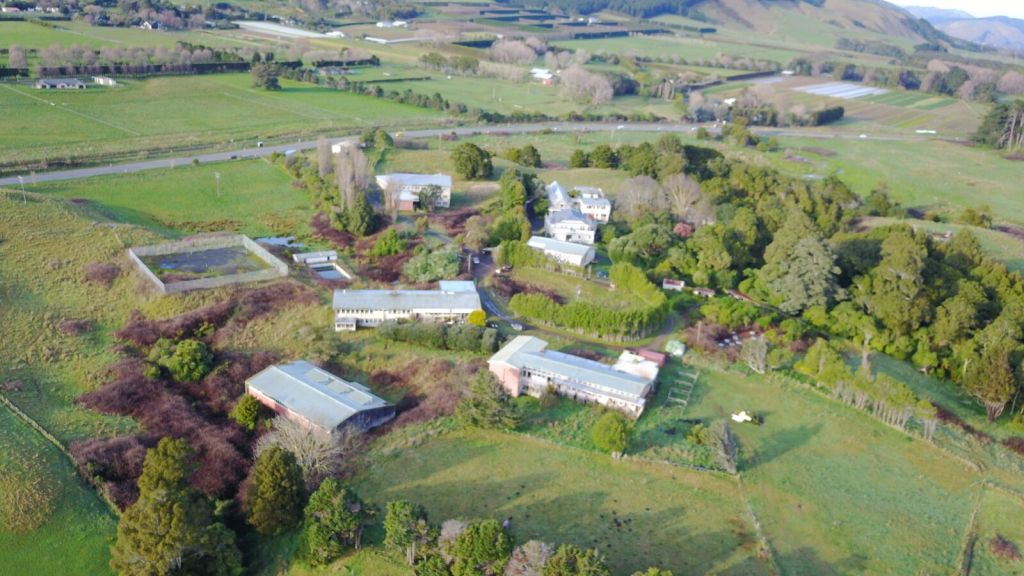 Makahuri from above, taken before our tiny house was placed in the paddock at the bottom of the picture, centre.

Near us stand old buildings, with some in use or being restored. 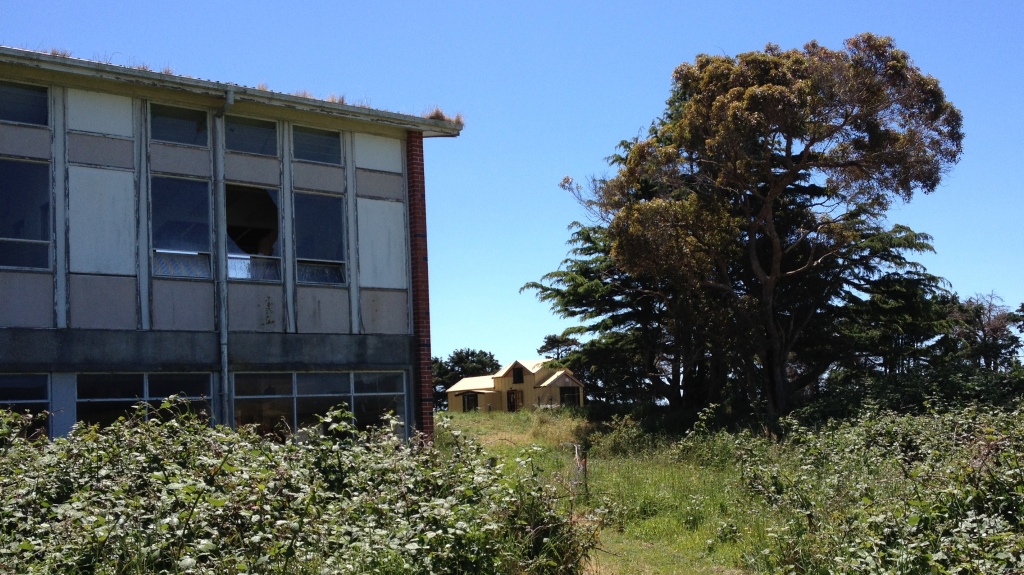 Around the campus are signs of the land’s earlier use as a farm, such as a stock run, and pockets of ancient forest.

But the place has a deeper history.

Out of my kitchen window I can see the hill “Makahuri”, which was a landmark and tribal boundary for the Māori who lived around here before and just after European settlement. The hill was fortified for battle during the 1830s, and stands a few hundred metres from the site of Te Horo pā. 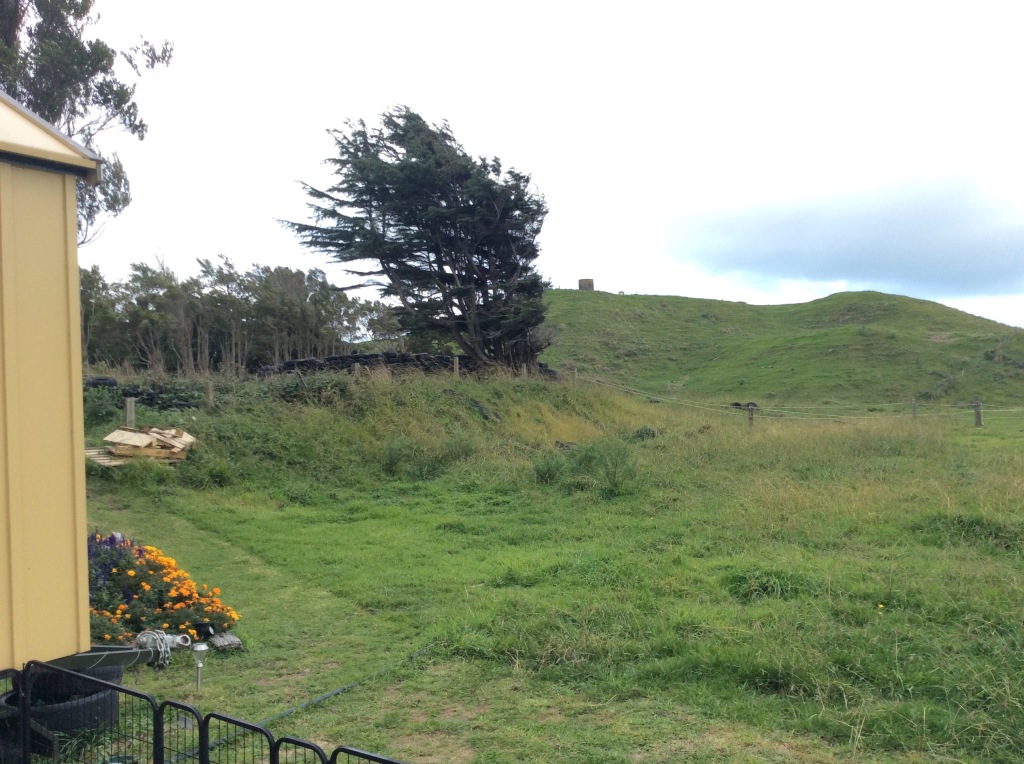 Makahuri hill now has a water tank at its summit.

Local Māori say there are burials on the property.

Nowadays in these parts, Makahuri is the subject of two popular rumours. One is that the campus is “riddled with asbestos“. In fact, little asbestos was used in the buildings; rumours can often be wrong!

The other tale is that the place is haunted. Until Makahuri was bought by its present owners, people used to visit and stalk the empty corridors in search of ghosts, and a couple of these excursions are captured in short YouTube videos.

(You can see Fergus Cunningham’s moody, haunty photos of the abandoned Marycrest here.)

None of Makahuri’s current residents has any tales of supernatural goings-on, though someone did tell me she thought there had been “bad energy” about the place when it was first bought.

So: haunted? Probably another speculative rumour.

But cue low music on the soundtrack, because I have something to tell you. And I’ll word it carefully.

Sometimes I’ve thought that strange things have been happening to me inside this house.

I feel as though I’ve had lots of mishaps of a kind that I wouldn’t normally have, and that these mishaps had a, well, showy aspect to them.

They seem to happen mostly in the kitchen. I’ll be taking a pill and suddenly lose control of the water mug and watch it fly away from me. Not just dropping it, but losing it spectacularly, with water going anywhere.

That’s happened at least four times. Dropping/spilling something where the thing dropped doesn’t just fall, but spin away from me.

The other day I fumbled a saucer and watched it hurtle into the sink, where it broke. Again, I didn’t just drop it, but managed to make it fly away from me. 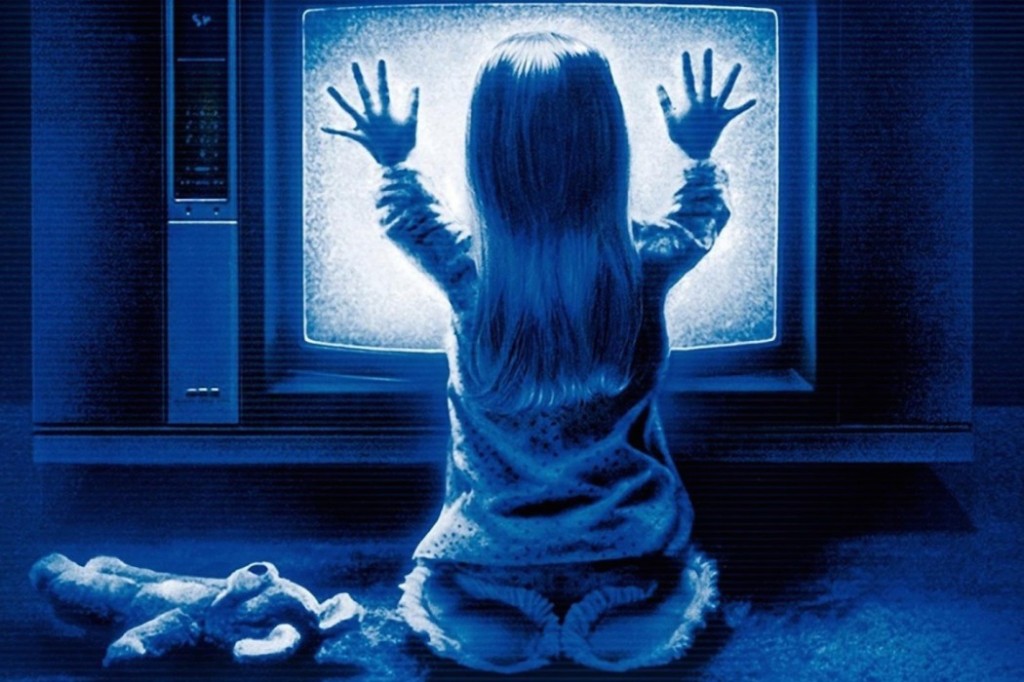 I’ve also been making the same trivial, annoying mistake almost every day: plugging a tablet or phone into the wall to recharge, but neglecting to turn the wall switch to “on”. It’s not just occasional forgetfulness, it’s literally Every. Single. Day.

This is beyond my previous level of absent-mindedness. It’s as though something, or (music gets louder) someone is messing with me.

I said bear with me.

Is it a ghostly warrior provoking me? A noncorporeal nun punishing me? An ectoplasmic Catholic schoolgirl relieving her purgatorial boredom by pissing a guy off?

Or something less occult?

The other day I was talking about this to Tom. I pointed out the unprecedented level of klutziness I’ve achieved since we moved into the Mustard-Yellow House. I went on about how repeated and conspicuous my snafus are.

So now, this phenomenon that I’ve noticed, if it exists, and whichever dimension or vital state it inhabits, has a name. Maybelline.

Maybelline is an enigma. She’s a gal with a lot of indeterminacy about her. It’s not even clear if she’s there at all, given that her name is sixty per cent Maybe.

But whether she’s a poltergeist or merely a name we give to mishap, Maybelline has joined us in the Mustard Yellow House.

P.S.: When I went to hit Publish on this post, the internet cut out — but only on the PC. Had to wait till next day to publish. Thanks. Maybelline. 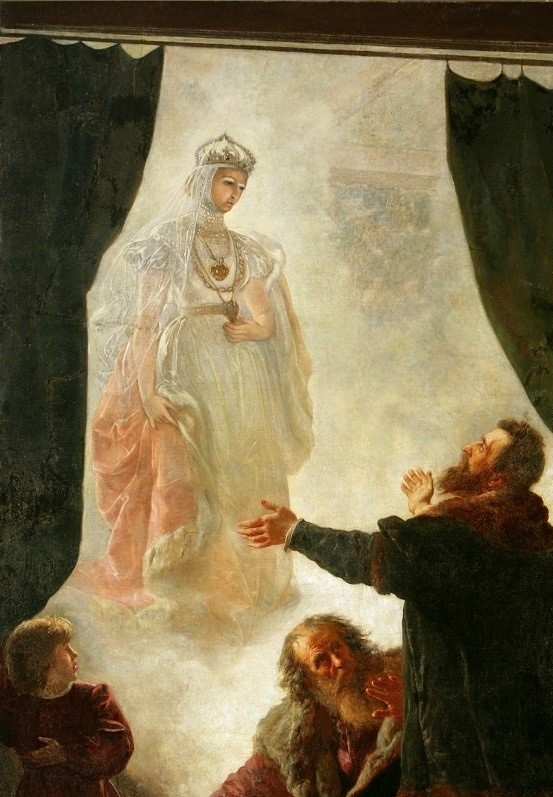 ‘Yes, Maybelline, I get it, but did you have to ruin an entire jar of coffee?’

5 thoughts on “Strange Things … Can A Tiny House Be Haunted?”