These are the signs of autumn in the Mustard Yellow House. 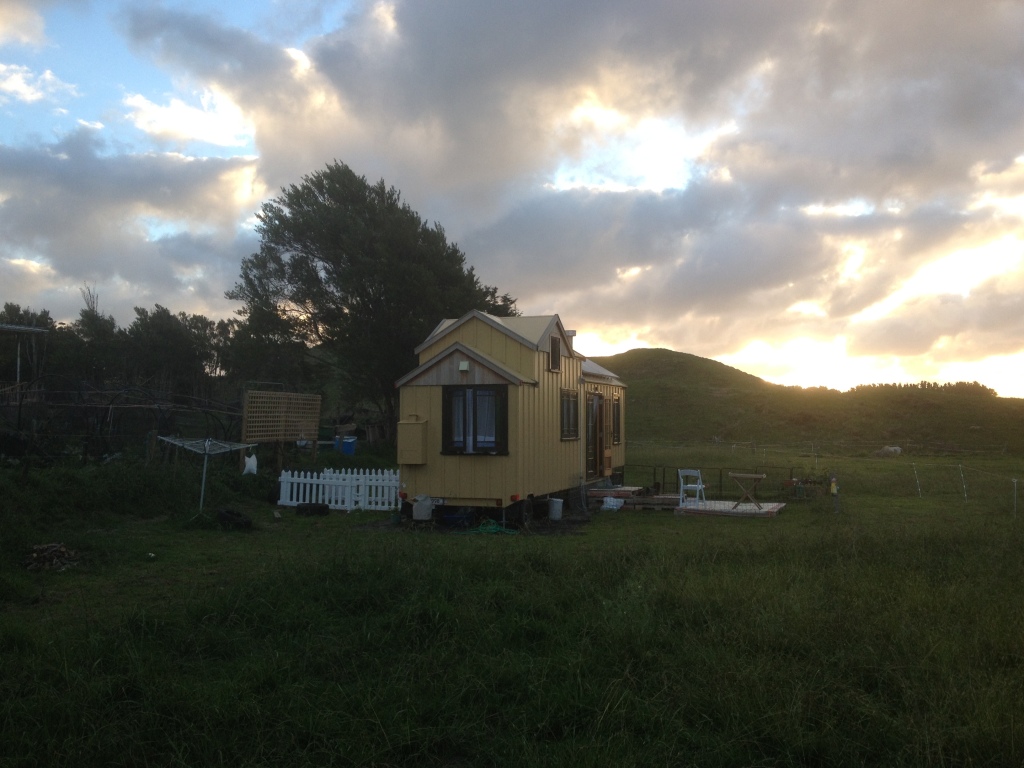 The generator is humming. Using what turned out to be a short break in the rain, I set it up in a rain-shaded spot this afternoon to bring the battery up to a full charge. In the 209 days since we switched on solar power in our tiny house, we’ve used the generator fewer than 10 times.

There’s a warm fire. Our little burner is simmering away, fuelled by “logs” of good Makahuri wood cut to the rough dimensions of a biscuit packet. This is so they’ll fit in the stove. Until a few minutes ago, there was a dog lying in front of it toasting his belly, but he moved before I could get a photo.

Looking east from the doorway. Note the neat border of mowed and unmowed grass.

There is condensation. I don’t know whether it’s a tiny-house trait and how much this is going to be a problem in the coming cold months. I suspect the current steamed state of the windows is due to me returning to the house a little warmed by tending to the generator and collecting firewood. 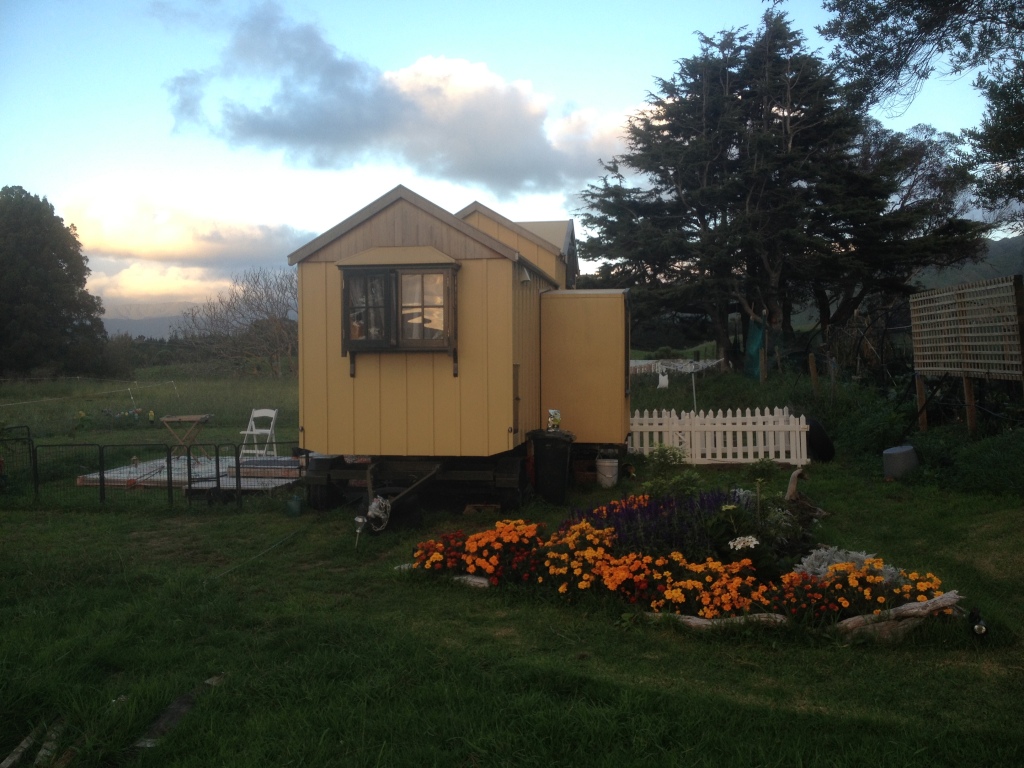 I could open some windows but it’s 9C outside (48F) and windy, so all warmth would be blasted away with the condensation.

(“Ha ha,” say those of you in places like Canada or Europe, “he thinks 9C is cold.” Point taken.)

Autumn weather has taken over. Today’s chill is an exception in what’s mostly been a parade of calm, grey days typical of April and May in these parts. Every now and then, though, there’s an autumn sparkler of a day, with no cloud and endless visibility. Behind Christmas, this is my favourite time of year.

Tomato plants in one enclosure collapsed under the weight of fruit.

Tomatoes have taken over. The Makahuri garden has yielded all its corn for the season and nearly all its zucchini and runner beans. What remains is silverbeet and two cascading, collapsing forests of tomato plants groaning with fruit.

Whereas March was the month of zucchini fritters, courgette salads and stuffed marrow, April is the time of tomato relish, tomato soup, ratatouille and something-and-tomato sandwiches.

I like the feeling of connection that comes from watching through our window as these plants grow, and then tailoring our diet to what’s available. It’s what people have been doing for thousands of years, but nowadays we’ve got out of touch with it.

The colours of autumn.  Not the classic reds and oranges of Otago, though my runner bean foliage is starting to yellow. No, more the New Zealand autumn shades of green as grass growth returns, and the lollipop colours of parkas and leggings, all against that calm, grey background.

My flower garden is as brilliant as ever. All those isolated little marigold and salvia seedlings I dug into the ground in spring have grown into each other and continue to flower crazily. I’m building the soil for later plantings, possibly chrysanthemums.

Connor noses around in the mulch.

The noisy bands of peacocks (known as leks) have been replaced by quiet family groups. The other day I saw a hen with six chicks walk past the tiny house, the most chicks I’ve ever seen together.  The males that I do see are tailless, having shed their plumage in January and February. (I’ve collected a few feathers for I-don’t-know-what purpose; evidently I haven’t killed the hoarding instinct. Maybe I should look online for instructions on headdress-making!) 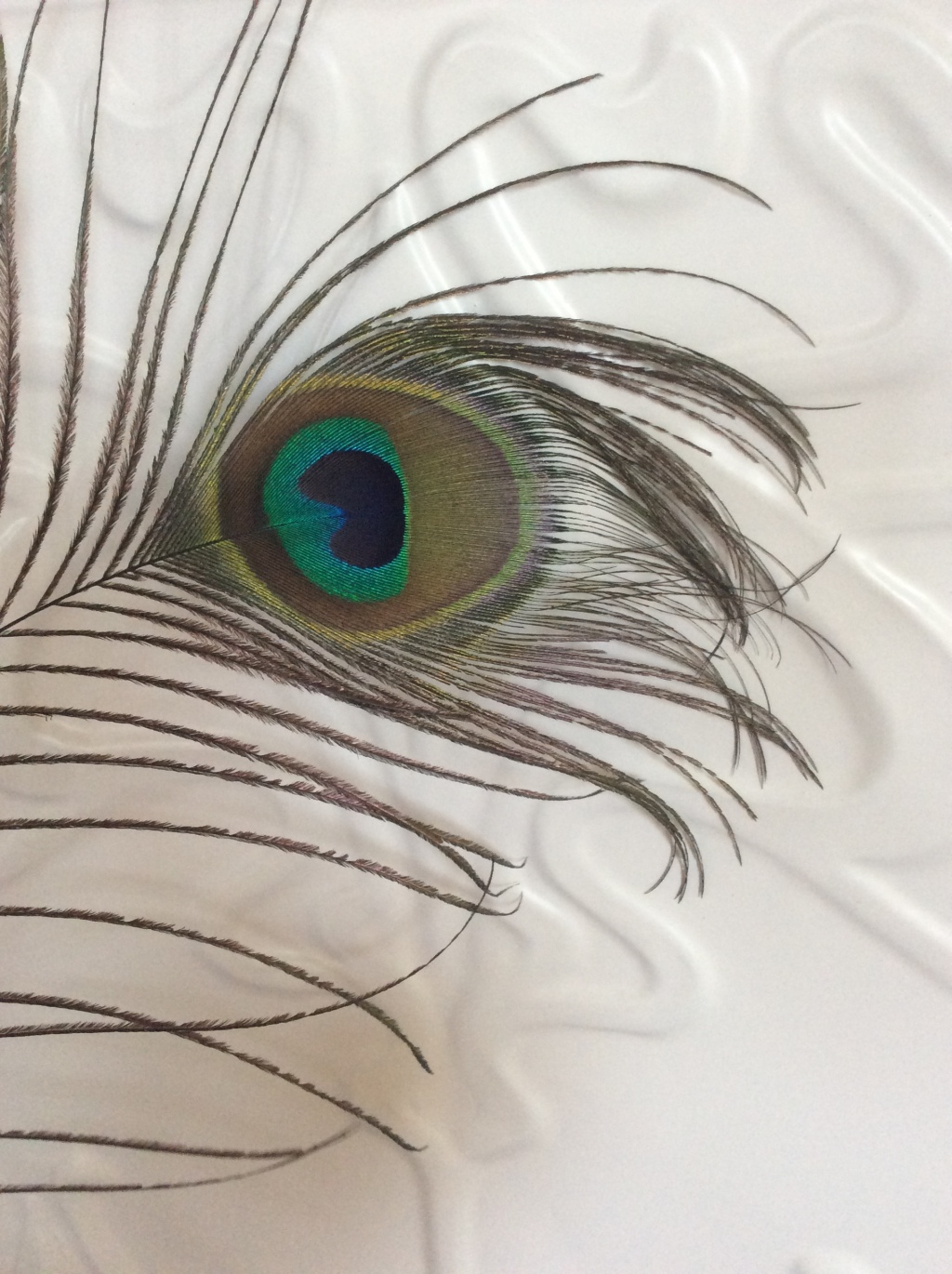 Dog news: Connor is much better. Apart from a spot of scarring on his snout he’s back to his old self.

One thought on “Our First Tiny House Autumn”