Through the miracle of solar power our fridge now runs all the time, we can charge our devices, and our plugged-in modem gives us the internet.

Other things too, and we’re exploring the possibilities. This is only the second full day of solar power, after all.

One important thing I can do is run the PC during the day, which means I can write and work (and look for more work). Tonight we might try watching a movie, and see what that does to the battery.

Because our lives are now rather tied to the battery and the little percentage figure it sends to a monitor installed next to the bathroom door. Right now the percentage is 100, which is a nice figure, but of course it falls as we use more power and rises the next day with the sun.

If I use my little egg boiler, the percentage can fall five or six whole points before the buzzer tells me the eggs are done. That’s a high draw of power.

You might not want to read too much about this, and if so, I sympathise. Getting solar power hurts the head, both in trying to learn the technical stuff and then in choosing the right kind of system without spending ridiculous amounts of money.

By ridiculous I mean $27k or $28k, which were two of the quotes Tom and I received for a system. Forget that.

“Base your system on your usage needs,” all the advisers say. “Simply calculate your projected use of all items and calculate ampere hours and kilowatts and polly wolly volts, multiply by the divisor and take away the number you first thought of. Simple!”

I wasn’t put on Earth to fill in spreadsheets. What I knew was that out tiny house weighed 3.12 tonnes before our stuff went into it, and the maximum towable weight is 3.5 tonnes. Whichever solar power system we chose, it had to be light. We’d get the most grunty, credible light system that we could afford. Simple. But complicated.

After backing and forthing with a dinkum-seeming supplier, we settled on a system for $5300 plus installation that has two big Canadian Solar panels that can fit on our roof, a whiz bang battery/inverter/charge controller setup that fits in our cupboard, and that judgmental battery monitor now set into the wall next to the bathroom door.

Installation seemed to be fiddly for the two men who did it. Steel frames and aluminium cladding and a builder’s personal style meant it was a tricky job. And for me inside, a few feet from the steel-drilling, noisy. 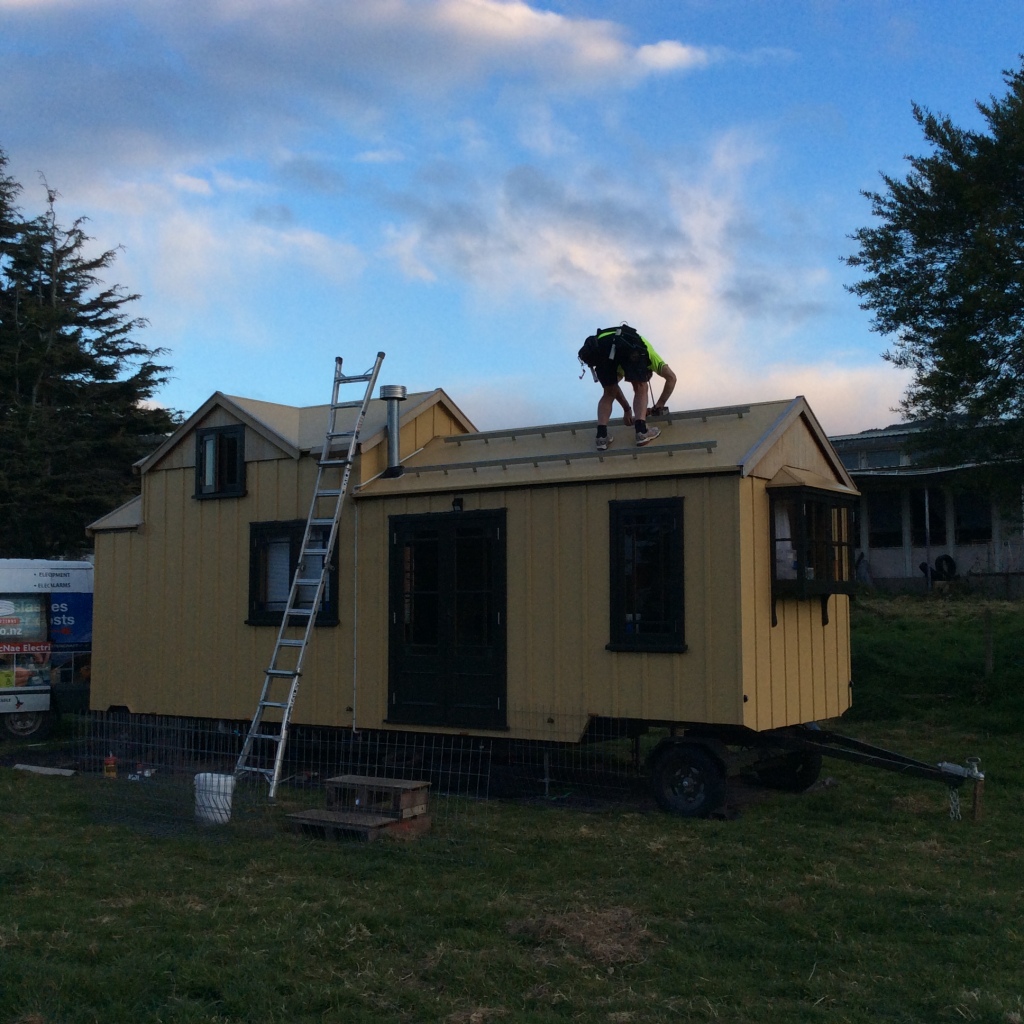 But at 4pm on the second day, I looked up from the kitchen bench and exclaimed that the lights were on. Josh the installer, who’d been putting the monitor in the inside wall, grinned. He likes to turn the system on so it takes the customer by surprise — he enjoys seeing people’s excitement, I suppose.

And it was exciting. Lights, fridge and modem without needing to fill up and start the generator. (Though I’m still fond of our little Honda, and it’s our backup energy source.) 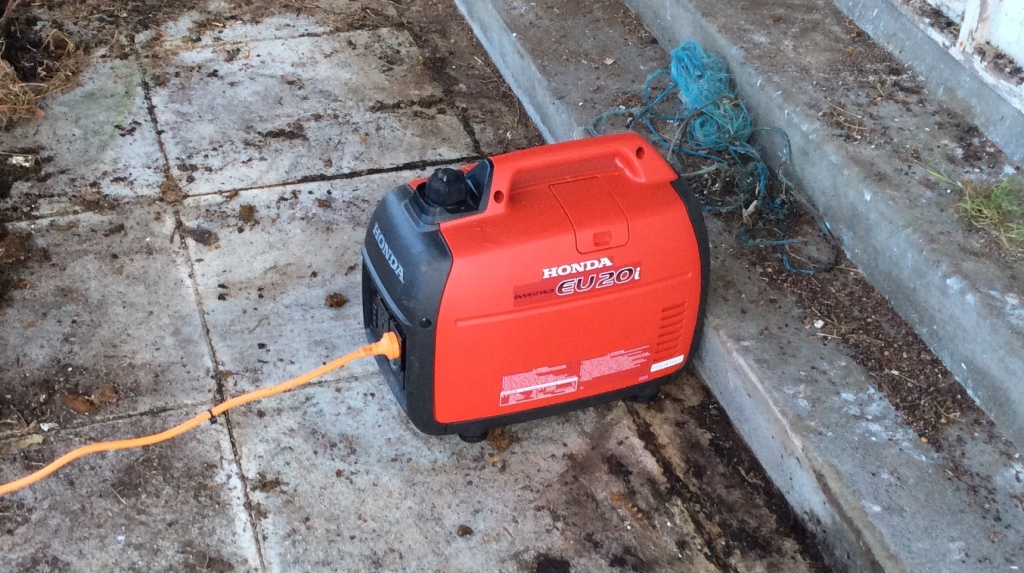 So goodbye grid. Yeah, it cost thousands, but no more power bills. We have a system that’s entirely on-board — no ground-mounted panels or shed-stored battery banks. Our power system travels with us.

5 thoughts on “Our day in the sun”